Sam Houston was Governor of two states, U.S. Congressman, President of the Republic of Texas, U.S. Senator, an accomplished and brave leader, and a man of honor. Learn all about General Houston's adventurous and exciting life, including the years he spent with the Cherokee Indians and his surprising victory at the Battle of San Jacinto. Additional discussion questions, a timeline, and a resource section make this book perfect for students and teachers.

Detailed, full-color illustrations accompany the story of this great American and Texan hero. 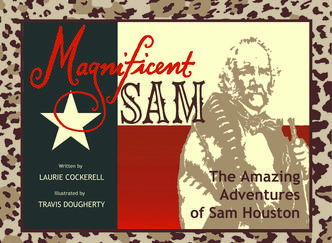